Long Gone Are The Days Of Oxford And Cambridge Superiority

Once upon a time, university was deemed pretty much a waste of time if you weren’t at one of the two best universities – Oxford or Cambridge, or, as they’re sometimes combined, ‘Oxbridge’. Going to Oxbridge meant that you were pretty much guaranteed to get the best qualifications that would lead to the best jobs and the best futures. But what’s the story now? 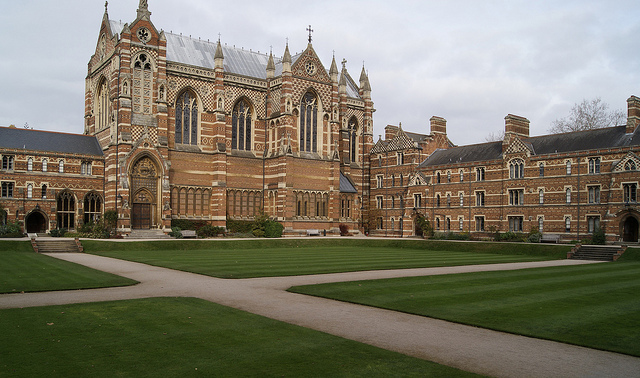 The story now, is that a degree is decreasing in value…and therefore so is the idea of being an Oxbridge student. Nowadays, people can work their way up within a career without the necessary qualifications, whilst people the same age are studying for three years and getting up to their eyeballs in debt. There are more internships and apprenticeships available, more college courses and online courses available – all of which are significantly more easy and more affordable as a university degree and all of which are equally as respected.

It really makes young people question the point in a degree, when they can do things such as an apprenticeship and begin working in their dream field right away. It seems that whilst university was once viewed as the “done thing”, people are now more focused on working on their career instead of studying, with a casual attitude of  “what’s the point?”. And they’re right. Whilst it’s still necessary for academic careers in subjects such as medicine or law, many people from Generation X, the ‘millennial babies’, are interested in more creative subjects…working in the media, gaining fame via YouTube like the media starlet Zoella, creating their own business by selling jewellery and home printed t-shirts via big cartel stores. It’s never been more competitive to break into your dream job, sure, but it’s never been easier either. It’s just not necessary to have higher education any more.

As mentioned already, academic careers are obviously in need of a degree, but usually to the reluctance of the students. Regardless, Oxbridge is no longer the heart’s desire. Millennials are all too eager to have that wild party life that’s so fashionable, raving it up in dingy club clad in outfits they blew their whole student loan on in Zara, popping pills sold in the toilet for a dirt cheap rate, and then spending the whole summer travelling around Thailand to ‘find themselves’. If they have to have a degree for their career, a degree they’ll get, but they’re going to have a good time whilst they’re doing it. It’s for that reason that universities such as Southampton, Loughborough and Leeds are all creeping up the University League Table. Sure, they have an excellent level of success for students, but they offer an excellent party lifestyle too…and this is what generation X are really looking at nowadays.

To be incredibly intelligent is deemed almost “uncool”. People who attend Oxbridge are seen as “brown nosers”, “nerds”. Oxford Brookes is the “cool” version of Oxford. There isn’t even a cool version of Cambridge. If you’re looking for a successful university with a “cool” reputation, your best bet is one listed above. Ones close to party central, that allow you to rave and revise, snort lines and study, party hard and perform academic excellence. Oxbridge pales in comparison, a place for those who want to study and do nothing else. And this shouldn’t be seen as a bad thing.

With so many ways into careers without a degree, it’s not just the idea of Oxbridge superiority that is fading away, but the unaffordable idea of university as a whole. Those who go seem to go for the lifestyle. No one is too bothered about a degree any more…least of all from a “boring” university like Oxford or Cambridge.

Long Gone Are The Days Of Oxford And Cambridge Superiority