Italy is one of Europe’s most conservative countries. With the Vatican and Pope living in the heart of Rome, it is hard for the country not to be conservative. That is why everyone around the world is applauding the Italian Government’s decision to allow Gays to have civil unions. In fact the only organization that seems to be pretty ticked off about this decision is the Catholic Church. I’m sure Pope Francis is not too happy about his either. But everyone else thinks that by allowing Gay Civil Unions, Italy has taken a great leap towards equality and modernity. 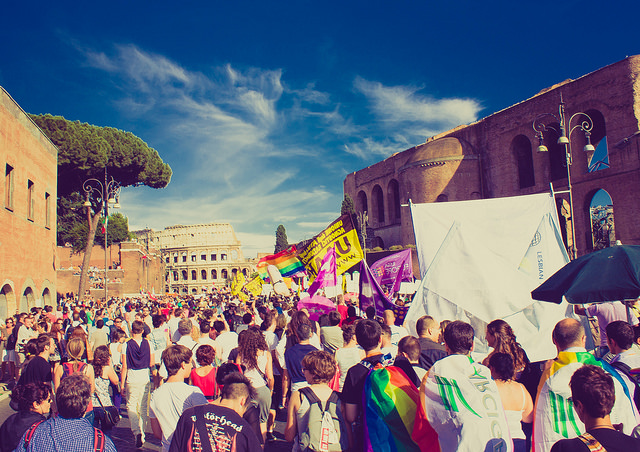 While most of Europe has already permitted Gay Civil Unions, Italy has always lagged a bit behind the rest of Europe on certain things. In fact the vote to allow Gay Civil Union passed with 369 to 193, but it had one major caveat. While any male and female couple can adopt a child, Gay couples will need special permission from an Italian judge to get that privilege. While this is still somewhat of a setback, at the very least this is a good step in the right direction, and Italians should be really proud of their progress, as it was hard fought for. It isn’t easy to fight with the Catholic Church in Italy.

To conclude, while the Italians made a lot of progress this past week, there is still a lot more to be made. A step in the right direction is only beneficial if the whole job is done, and that is what the Italians need to do.