Science Says People Who Talk To Themselves Are Geniuses

Ever find yourself quietly talking to yourself? There’s just a chance you might be a genius. No, don’t laugh, it’s true. Developing scientific research is showing that people who talk to themselves are capable of higher level problem solving than counterparts who don’t talk to themselves. Does that mean you’re suddenly on par with Stephen Hawking because you mutter while looking for something in the fridge? Not exactly. 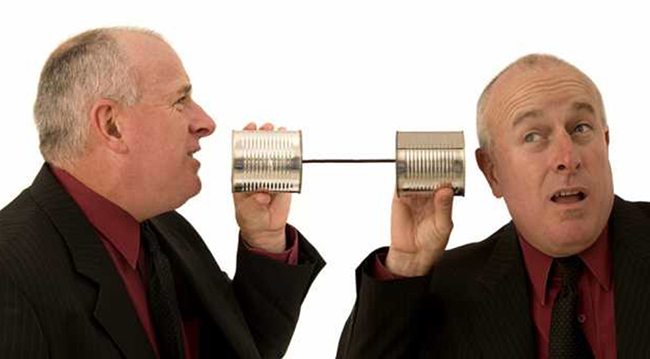 It’s All About Memorisation

Researcher Gary Lupyan has spent years working on research and experiments to help explore this phenomenon that indicates thinking out loud helps us process and solve our problems with more clarity, speed, and confidence.

One of Lupyan’s most famous experiments involved taking twenty volunteers and showing them an array of everyday food items and tasking them to remember what they’ve been shown while locating them within a supermarket. Half of the sample group were told to repeat what they’d seen, while the other half were urged to keep quiet. On average, the group who talked to themselves were around 50 to 100 milliseconds faster. That may not sound like much to us right now, but concerning brain processes, that is lightning fast.

Psychologist Daniel Swigley assisted in the research of Gary Lupyan by helping him to understand why verbal repetition made the brain more receptive and responsive to efficient and faster memorization. Swigley says it’s all about stimulation.

The human brain thrives on stimulation in numerous ways. For example, neuropsychologist researcher Robert Wilson found that your brain responds to challenges and stimulation as your muscles would with exercise. Much like running, swimming, or lifting weights will improve and strengthen your body, your mind is kept fit through being stimulated. Games like chess have been proven to be a solid defense against neurological disorders like Alzheimer’s precisely because they help prevent the brain degenerating as fast as it would normally when afflicted by the disease.

Talking to yourself is a form of stimulation that should temporarily boost your brainpower. Not to the level of a rocket scientist, but your problem-solving skills gain an added level of clarity thanks to the focus of verbal repetition. Is it all about what you say, though? No, not necessarily.

Our minds tend to work visually, and we’re more likely to remember visual cues as opposed to auditory ones. For example, if you went out today you can probably remember the route you took to get somewhere in precise detail, but do you remember what you heard? Most likely not in any appreciable detail. Talking to yourself helps your brain visualize what you’re looking for. The auditory part of the equation (talking to yourself), invites a visualization response (what you see in your mind’s eye) and helps direct your body towards what you’re looking for. It’s a chain reaction, in effect.

Why is it so efficient to say it out loud, though? Surely your inner monolog inside your mind can do the same task. Well, yes and no.

If you are a particularly focussed person, you could get away with the same benefits of saying things out loud. Most of us aren’t, though. The inner monolog is subject to a lot of interference and chatter, it doesn’t have the filter that our genuine auditory capabilities do. One moment you could be thinking “banana, banana, banana,” but then something else catches your eye, and your train of thought is disrupted. You could likely complete Lupyan’s task all the same but not with the 50 to 100 millisecond added efficiency of those who talked to themselves.

This whole process works on clarity and concentration. Human beings are easily distracted, and we’ve all had experiences where our focus has wavered when trying to accomplish a task.

MIT research headed by neuroscientist Earl Miller has helped to define exactly why this is. According to his research, our brains do not work at a constant level of efficiency, and will continually go up and down. Even worse, our minds are programmed to respond automatically to the world around us, which makes it even harder to keep concentrated on a single task. We are built for multitasking, though we have developed far beyond the constraints nature had planned for us.

The procrastination phenomena is also part of this, and something we have all experienced. Even in the writing of this article, I have looked away at a web page containing the research I’m referring to, and ended up doing several other things like checking my emails, reading a few news stories, etc. It’s irritating to know that while we can indeed thrive on single tasks we truly put our minds to, our minds are completely predisposed to fight us every step of the way.

Attention disorders also factor into the discussion, as diagnosis rates soar for ADD and ADHD. There are still lingering questions about how much wavering attention is an inbuilt flaw in the Human mind, and if we are perhaps misdiagnosing people with a disorder for natural behavior.

Medicine for attention disorders has become a low-level black market staple because of their ability to keep people focussed. Researchers, College students, and even writers like myself may regularly use these medicines to help gain a competitive edge through the capacity to focus entirely on the tasks they’re faced with.

Human beings are subjected to regular sensory overloads in the modern world. A generic example would be checking your phone while watching a film or a television show. Our innovations and inventions are now accommodating for the fact that our attention can waver incredibly easily. For better or worse, we’re now finally beginning to accept that distraction and wandering throughs are simply in our nature.

Returning to Lupyan’s research, we can now see why exactly talking to ourselves helps clarify thoughts, and subsequently allow for us to perform actions fasters and more efficiently. It’s a trick, always putting the task at hand at the forefront of the mind so that it doesn’t wander off elsewhere. It’s the equivalent of tying it down, and so long as you’re constantly reminding yourself of what you have to do, these mental bonds will not fail.

So can it only be applied to memorization and task efficiency? Not exactly. Psychologist Linda Sapadin has been exploring the results of this research and is attempting to expand it into an investigation into emotional states. She’s noted that people will talk to themselves when they’re angry as a way to vent their frustrations instead of bottling them up and that it may work on the same principle as Lupyan’s research.

When we get angry, it triggers an immediate hormone response. We may live in a civilized and sophisticated environment, but at our core, we still have a lot of animalistic processes in our biology. The hormone response should immediately send us flying into a rage, but our higher brain processes that animals don’t have can allow us to withstand the urges of the hormonal response. It’s possible that talking to ourselves to vent the anger is a coping process to allow the body to calm down and for hormones to stabilize again, by making the brain’s logical processes the dominant driving force of the body rather than the emotional, hormonal response.

This adds a whole new dimension to Lupyan’s research. Talking to ourselves may be useful for multiple purposes, far beyond just staying focused or helping keep control intense, stressful situations. While there is much more research to be done into the matter, to say talking to yourself boosts brainpower is really just the tip of the iceberg.

Science Says People Who Talk To Themselves Are Geniuses