What Apple Have Achieved Over The Past 40 Years

Whether you’re mad for Microsoft or all about Apple, you have to admit that Steve Jobs’ legacy company have done an incredible amount in the past 40 years. Their history and the journey this company has been on, is one of the most fascinating stories out there.

Founded on April 1st 1976, Apple have shown they are no joke. From developing computers that were huge and clunky but state of the art, to the on-going developments in phones, music and even television. It’s safe to say that Apple are easily one of the biggest brands in the world, selling more than just an item, but an entire lifestyle.

The first iPod was released in 2001, and Sir Alan Sugar, usually so right about all things business, declared that it would be a flop by the following Christmas.

How wrong he was. 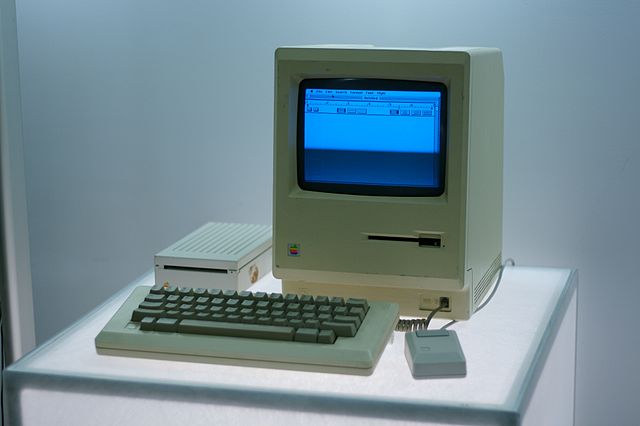 From the iPod Classic to the iPod Shuffle, and the iPod Touch to the iPod Nano, the iPod became symbolic in the world of music and is the only MP3 player that has really stood the test of time. Starting life as being a simple, though rather expensive, device on which to play songs, the iPod developed to be able to play (pretty basic) games, show photos and even video. Now, the iPod touch has practically all the functionality of an iPhone, without the ability to make calls.

The iPhone itself completely revolutionised the world of smartphones. The first generation was released in 2007 and has been updated yearly, becoming thinner, faster, and generally better in every way. The announcement of the newest handset is an entire event, with the Keynote being broadcast live across the globe and record-breaking queues being formed for the launch in stores.

From being a simple, yet still impressive, phone, the iPhone now has the capability to monitor health, track location, organise your entire life and even speak to you. It’s like something from a science-fiction film.

The iPhone’s larger, more powerful brother, the iPad has also developed incredibly over the past few years. Launched in 2010, the original iPad has since spawned a variety of different versions, including the super light iPad mini, and the extra powerful iPad Pro.

Apple Computers – Where it all began

For those looking for something even more powerful, there are of course the Apple computers – where it all began. As something of a status symbol, it’s safe to say that Apple computers are not cheap. However, they certainly do keep their market value a lot more than alternate computers and are seen as the industry standard in many creative circles.

Having created a computer which does not require a tower, the Apple iMac has gotten thinner, lighter and clearer, taking up minimal space for optimal impact.

Their portable offerings, the MacBook Pro or Air, have too developed into wafer-thin, paper-light machines of power, with the trademark curved edges and sleek design.

The Apple Watch, launched in 2015, was Apple’s first piece of wearable technology, aiming to work seamlessly with all other Apple devices in their signature way. Although described by some critics as “unnecessary”, the Apple Watch was still snatched up by many and with new generations planned, it is likely to gain traction.

Not to mention the AppleTV, revolutionising the way your home entertainment feels, and the often forgotten, Apple Pencil.

From their humble beginnings 40 years ago, Apple have become a corporate giant, leading the way in innovation and design. As Apple themselves say, “The only thing that has changed, is everything”.

What Apple Have Achieved Over The Past 40 Years