On May 1st, the White House announced that Malia Obama, the older daughter of President Obama and Michelle Obama has chosen to study at Harvard University, following in the footsteps of her parents, who both finished their law degrees there. 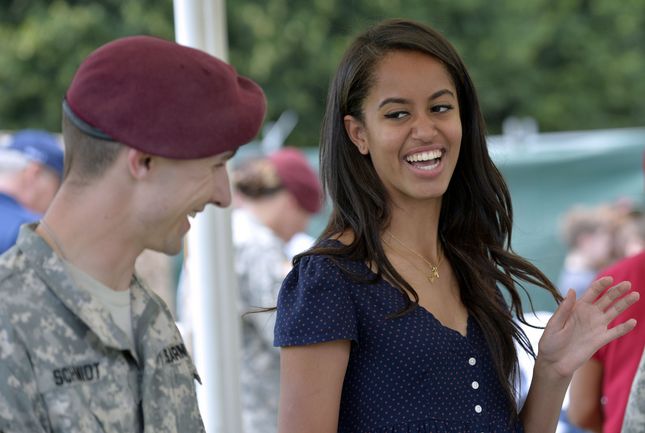 However, Malia has decided to first take a gap year after finishing high school. The White House did not announce, where Malia would spend the gap year and what she intends to do.

Malia, certainly often viewed as a trendsetter, is thus becoming one of a growing number of young Americans to choose to defer her college enrollment for a year. In this case, she is actually a few years behind – something that, due to her age, she had no control over.

In America, a gap year used to be out of the norm, whereas the tradition has a long history in many countries. In Australia and New Zealand it is common for young adults to spend a few years working, traveling or volunteering abroad, for example. In Israel, it has become a tradition for young adults to spend a year traveling after completing their mandatory army service – three years for young men, one and a half years for young women. Israel has also grown to be a popular destination for young Jewish adults, around 10,000 of which spend a gap year in Israel each year.

In America the gap year has become more and more common in the past ten years. The number of students doing a gap year rose by twenty percent between 2006 and 2013, with roughly 40,000 young Americans choosing to spend a year working, studying or traveling before entering college. From 2012 until 2013 alone, the amount of students choosing this option rose by 27 percent.

With increasing interest in this option, there are also many more programmes available for students, as well as many more studies on the subject. Many Ivy League universities, as well as other universities, have begun including gap years in their curriculum. Harvard University’s admissions website reports that between 80 and 110 students choose this option each year.

One of the hurdles keeping students from choosing a gap year used to be the high costs, as some programmes could cost up to 30,000 dollars a year. But there are now more and more programmes that offer students incentives to take a gap year, such as housing money or a stipend that can later be used towards college tuition.

Robert Clagett, who used to be dean of admissions at Middlebury College and Harvard College, wrote an op-ed in the New York Times, describing the positive effects a gap year can have on a student’s college experience and academic performance. According to him, students take the time off to figure out their true interests and choose the right track for them. He also claims that students at Middlebury College that had gone through the gap year experience later on had an higher GPA than their high school grades would have suggested originally. He also pointed out that most students still apply for college straight out of high school and only then decide to defer their enrollment, meaning that the gap year in no means keeps them from pursuing a higher education.

Of course there are also studies that point in the other direction and there are likely to be many more studies on the subject, now that the gap year is becoming more and more popular. A study from Johns hopkins University for example found that students that had done a gap year were 64 percent less likely to finish their degree.

It is now up to Malia and other young Americans to shape the face of gap year students, something that Malia should certainly be capable of doing. In a more and more globalised world it can only be beneficial for countries to have young adults that familiarize themselves with different cultures and people and do not just live their lives for the perfect curriculum vitae.