If you go to any big American City, there is one thing that you are bound to see, a lot of homeless people. Homelessness is a major problem in America, and there are millions of people who live on the streets of major cities. This is a huge problem and affects health and public safety in the cities where they live. Another problem is that many of these people have serious mental health problems. In order for them to live semi-normal lives as productive citizens. They need to be stabilized and treated for their mental disorders. The problem with this is that it can be very expensive. The Los Angeles County Government recently came up with a groundbreaking plan to combat homelessness, but now they realize that they have a huge problem, how are they going to raise the hundreds of millions of dollars that it takes to cover it? They then came up with what can be considered a brilliant solution, one with wide popular appeal, tax the millionaires of Los Angeles. Apparently, 76% of Los Angeles County Residents like this idea. As you can imagine the remaining 24% are millionaires, and obviously don’t like this situation. 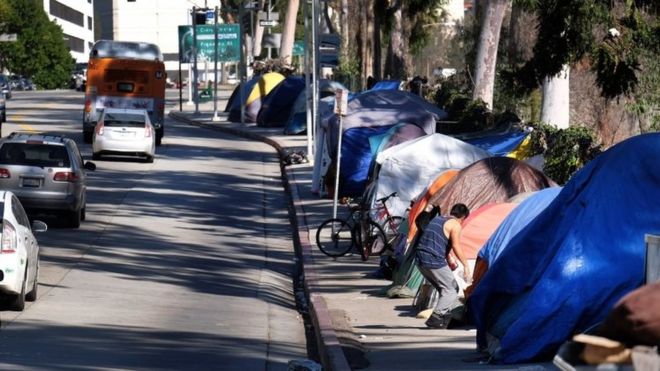 This solution is a groundbreaking one in many ways. Firstly it is a creative solution for an extremely pressing and difficult problem. While most people are not homeless, many people are living paycheck to paycheck, and are near the verge of homelessness, so the problem of poverty affects more people than you might think. Secondly, by creating a law such as this, the government of Los Angeles is trying to set a precedent in which they can directly tax residents. This is something that they previously were not able to do before, and this new power could have wide-ranging implications in the years to come. Another added benefit of this plan is the wide popular appeal that it has. If over 76% of residents are happy with this, the government should by all means put this plan into action. The rich should think of this tax as merely a price, which they must pay if they would like to keep living in Hollywood or Beverly Hills. I’m not saying that in all cases are taxes such as this good, but in a place that it is well known for its excesses, I think this might be a good way for the government to institute some control, while simultaneously solving some difficult problems and improving the difficult lives of some people who are way at the bottom of the barrel. Their plan to help combat homelessness is a great idea, but someone needs to pay for it, taxes for the average person are probably too high as it is, so the in finality, the government is merely turning to the only people they know in California with the money to pay for all of this, the millionaires.

To conclude, whenever the government proposes a great change, there are always people who are guaranteed to get pissed off. As we all know, homelessness is a huge problem in America, and in this situation, changes need to be made, including changes in the tax code.