Google’s artificial intelligence Alpha Go has defeated a Go champion player for the first time, further illustrating the leaps and bounds made by artificial intelligence in the last few years. Legendary Go player Lee Se-dol felt that progress first hand as he was defeated by AlphaGo, a program that comes to us courtesy of DeepMind, a unit in Google that has developed the AI to play the game to an extremely high level, as Lee found out. 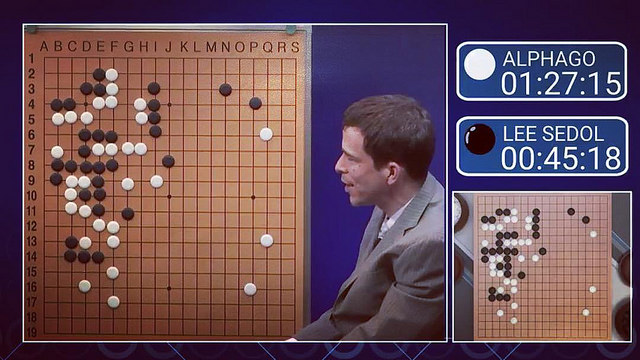 This is a huge milestone for the program, and for AI as a whole. The match, which is the first of five, took about three hours and a half before Lee surrendered to the better play, the AlphaGo artificial intelligence. This event, being held in Seoul, is the first time in history that a professional Go player has taken on a computer. Lee also had the added incentive of competing for a cash prize of a million dollars, yet it wasn’t enough for him to pull out the victory.

After the match, Lee spoke of his surprise at his shocking defeat. “I was very surprised,” Lee said. “I didn’t expect to lose. [But] I didn’t think AlphaGo would play the game in such a perfect manner.” Speaking after the game, the founder of DeepMind Demis Hassabis admitted he held “huge respect for Lee Se-dol and his amazing skills,” and that the game was “hugely exciting” and “very tense.” Team lead David Silver add to that by saying it was an “amazing game of Go that really pushed AlphaGo to its limits.”

Does Lee have any regrets about taking on the super computer and coming out second best? Well, no, actually. “I don’t regret accepting this challenge,” he said. “I am in shock, I admit that, but what’s done is done. I enjoyed this game and look forward to the next. I think I failed on the opening layout so if I do a better job on the opening aspect I think I will be able to increase my probability of winning.” It seems that Lee underestimated the computer, as his poor and unfocused start gave AlphaGo the upper hand and he was unable to recover, leading to his historic defeat.