Beauty Pageants For Everyone

To many, beauty pageants might look like they are merely events that choose the most beautiful woman of the city, state, country, or even the world. But the fact is that the beauty pageant industry has developed into a commercial industry, organising thousands of different competitions throughout the year. 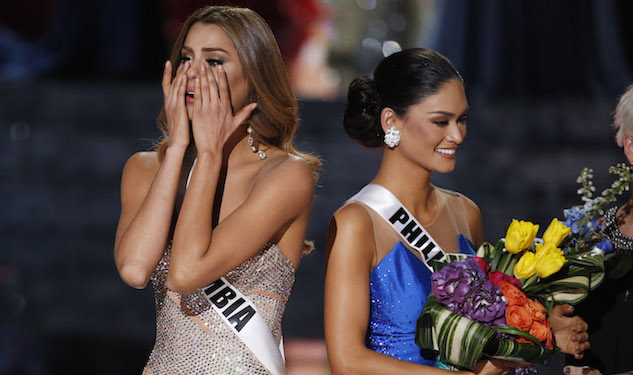 Miss World, Miss Universe and Honey Boo Boo are likely the first associations to come to mind when people think about beauty pageants. But more and more alternative beauty pageants are springing up around the globe and some as disturbing as many of them might be, some of them are mirrors of society and the zeitgeist.

But 1972 was to be a year in which the system started changing. Since then, there have been beauty pageants like Alternative Miss World, where every costume is accepted and some contestants may dress up as phone booths and some years might see a robot winning the competition. 1972 was also the year during which Miss Senior America was held the first time – a pageant that judges American women above the age of sixty.

Beauty pageants that mirror the society they stem from are, for example, Miss Beautiful Morals, a Saudi Arabian beauty pageant that judges women by everything but their looks. Contestants in this beauty pageant are fully veiled, and remain so throughout the competition – much like every woman in Saudi Arabia. Instead, the judges crown a woman based on their knowledge of the Qur’an and the topic of morality, and based on video footage that is collected over a period of weeks and aims to show how respectfully the candidates treat their mothers.

Even the fact that plastic surgery has grown more and more common in the world is dealt with by organisers of beauty pageants. In Hungary, for example, a jury crowned Miss Plastic. Any contestant in that pageant had to have had plastic surgery and prove this by showing pictures from before and after the surgery, as well as a doctor’s note by their surgeon. Many surgeons were probably happy for the free advertisement and indeed the surgeons of the top three women also received a prize. After all, the women could have hardly won without their help.

In a weird way, alternative beauty pageants shine a light on women that would otherwise not be seen. In Miss Penitentiary pageants, female prisoners from a host of prisons in Mexico, Colombia, and Brazil, among others, are judged by their looks. The contests are meant to help with the morale of the female prisoners.

Beauty pageants have often been subject to criticism, whether it be for judging women by beauty alone or by showing women that are too scantily clad. The bikini has long been a subject of criticism from all directions and at times was barred from pageants.

Aside from criticism against beauty pageants in all their forms, there have always also been beauty pageants that were criticized for their niché. Examples for this include Miss Landmine, where women that have lost limbs to landmines were judged and had the chance to win, for example, a leg prosthesis. Or the Russian Miss Nuclear, which was meant to promote nuclear energy by making it sexy.

Beauty Pageants For Everyone