As the fight against ISIS is getting a bit more intense, the United States Air Force has decided to deploy B-52 Bombers against the Islamic State. 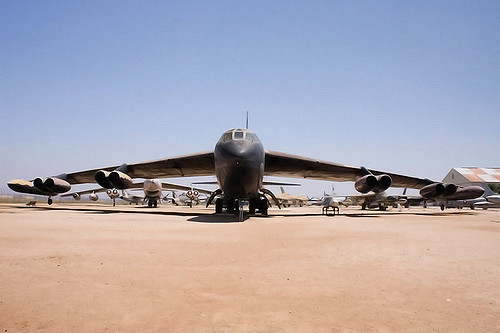 While it is almost guaranteed that American ground forces, with the possible exception of Special Operations, will not be deployed in Syria, the United States Air Force has been bombing the Islamic State for some time now. Recently they have decided to swap out the B-1 Bombers which they were using for the older, but more versatile B-52. This is a good choice even though the B-52’s were all made during the 1950’s. The B-52, can stay airborne for about 12 hours, and they also carry a much larger pay load. If need be, the B-52 is capable of carrying nuclear weapons, and one of them dropped the first Hydrogen bomb many years ago. All in all, it should be a very painful surprise to the Islamic State.